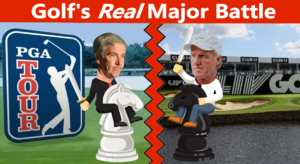 Given that many golf tour professionals make millions each year, it’s hard to grasp that they could be underpaid. But relative to the extraordinary growth of compensation contracts in other pro sports, PGA golfers have for the most part been left behind.

Last (full) year, Jon Rahm was the leading money earner on the PGA Tour (not including the FedEx Cup) with $7.7 million in winnings. He was top dog among the best golfers on the planet. As much as this amount is, it paled in comparison to what professional athletes make in other sports.

According to Spotrac, there were 150 National Basketball Association players, 170 Major League Baseball players and 254 National Football League athletes who made more than Rahm.