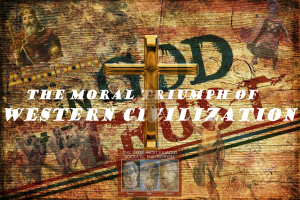 In 610, a man who lived in a cave near Mecca began to write down the words he said were spoken to him by the angel Gabriel directly from God. For the next 22 years, until his death in 632, Muhammad recorded “Allah’s” words which became the Holy Quran.

In Mecca, Muhammad invited people to join this faith as he preached a message of non-violence. He had just one wife, Khadija, for the 12 years he was there and fought against traditional tribal idol worship. Muhammad had not yet significantly spoken of “jihad” (i.e., struggle). He had no military strength. He spoke of repentance, peace, patience and forgiveness.

His preaching produced considerable tension within his own the tribe — the Quarysh. Its leaders did not like their people abandoning idol worship and following Islam so they eventually tried to kill Muhammad.1

Upon arriving in Medina, Muhammad and the tenets of Islam changed dramatically. He spent the first year in Medina developing military strength. Initially, his goal was to take revenge on Quarysh but this new found power soon evolved into an instrument to force submission to Islam (Islam literally means “submission”). He became a feared military leader mostly against Christians and Jews but also unaligned Arab tribes.

When the Quarysh sent a large force to finally rid themselves of Muhammad and his forces, Muhammad defeated them at Badr. After this stunning victory and for the rest of his life, Muhammad became the most powerful man in Arabia.

Following his victory, Muhammad said Gabriel gave him a new message – that he must fight and defeat all tribes in Arabia and make them submit to Islam. About 60% of the Quranic verses were received by Muhammad after he left Mecca and deal with jihad.2 The Quran states that dying in jihad is the only guaranteed way to achieve paradise; clearly a powerful incentive to get men to fight fearlessly.

At the time Muhammad was coming to military power, the Arabian Desert, like in Europe at the time, had no unifying culture. Tribes and tribal loyalty ruled exclusively. The primary characteristic of Arabs at time was their extremism: Extreme in love, hate, combat, etc. Moderation was shunned; no tolerance of differences was permitted. Fight to keep or take territory was all that mattered. Plunder and enslave when you take it. Clear barbarism.

Here is the key difference between the regions where Christianity was being spread and northern Africa where Muhammad (and his military successors) advanced Islam: Christian regions changed the culture and behavior of those who converted to comport with the faith; Islam embraced the violence and extremism of the territories conquered and conformed to these Arabian traditions. Other non-Arab Muslims eventually adopted this fighting culture (e.g., Persians, Indians, etc.). Jihad and Sharia law fit these traditions like a glove.

After Muhammad’s death in 632, the territory under Muslim rule was divided into four Caliphs, each of which considered themselves the true successor to Muhammad (Followers of Muhammad’s son-in-law, Ali claimed Tripoli; followers of Muhammad’s daughter, Fatima, were in Egypt; the Seljuk Turks in Syria, Baghdad and Anatolia; the Umayyad Caliphate expanded into Spain) and were highly militaristic.3

Within 100 years, the followers of Islam had conquered more territory than any other group in history. By 732 A.D., the Islamic world included Middle East, Spain, North Africa, parts of eastern Europe into Asia to India.

With their conquests, Muslims also acquired a storehouse of information from old Greek and Roman cultures. They used Greek philosophers as background for their own worldviews. They created “liberal arts and sciences,” invented Arabic numerals which made arithmetic possible. They came up with the decimal point system higher level mathematics: “al-jabr” is now algebra. They also developed the original table of elements and “al-kemi,” which was a forerunner of chemistry.

Other than numerous coups and power grabs, the Islamic world in the 9th century was considerably more advanced than the “Western” world in Europe.

But Europe was showing signs of coming together.

In the mid-eighth century, a powerful military leader arose in the Germanic tribe known as the Franks. Charles, later known as Charlemagne, was the grandson of Charles Martel, hero of stopping the Muslim advance deep into Europe at Tours (France) in 732.

Though Charlemagne has been called the “Father of Europe” due to his unification much of the continent, his interpretation of Christianity left much to be desired. [Charlemagne was a devout Catholic who had his first short marriage annulled in order to marry 13-year-old, Hildegard. Catholicism had kept the old Roman law that permitted marriage post puberty. Hildegard had nine children until her death at the age of 29.]

Originally, the Franks under Charlemagne had a neutral relationship with another Germanic tribe, the Saxons. That changed when a Saxon army invaded a small town under the Franks control and burned its church. It gave Charlemagne the excuse to go after the pagan Saxons. His campaign was ruthless with considerable pillaging and slaughtering.

It culminated in the “Massacre at Verden” where as many as 4,500 Saxon prisoners were executed at the direction of Charlemagne in 782. Some historians say the number killed at Verden is exaggerated while others believe Charlemagne was acting like Saul, the ancient king of Israel who completely destroyed the Amalekites (1 Samuel 15:3).

Nothing damaged Charlemagne’s reputation like the episode at Verden however, both today and even among his contemporaries. That same year, Charlemagne issued the “Ordinances Concerning Saxony” which required the killing of Saxon pagans who refused to covert to Christian Catholicism.

But Charlemagne wasn’t called the Father of Europe for just his conquests and atrocities. Much like the Romans, his territorial acquisitions brought a kind of “peace” from the constant conflicts among the smaller tribes though he continued to wage war against myriad other tribes until his death in 814.

The European Continent was consolidated further when Pope Leo III named Charlemagne, “Emperor of the West” (i.e., the revised western part of the Roman Empire or what later became known as the “Holy Roman Empire” in the 13th century). Both the Pope and Charlemagne sought to bring back the glory of the old Roman Empire but under the Catholic Christian banner and with other differences. One was moving the center of this new empire considerably north from Rome to Aachen (now in Germany near the Belgium border).4

Charlemagne could understand Latin but could barely read and couldn’t write. He also recognized that those under him were even more illiterate. He invited scholars from (what are now) England, Germany, France, Italy and Spain who also spoke the only real, complex, universal language on the Continent, Latin, to move his people toward literacy.5

A widely used currency was also established under Charlemagne (the pound of sterling silver remains today in England). The civilization of Europe was beginning to take shape until new groups of barbarians again pillaged the Continent.

After Charlemagne’s death, the “empire” collapsed. Without a real government, villages were mostly on their own. It marked the beginning of feudalism.

The so-called “counts” in Charlemagne’s former (called the Carolingian) empire were the territorial authorities who didn’t want to give up their local seats of power. Each generally controlled about a few hundred square miles. There were also “lesser lords” who were under the control of the counts with each controlling less territory, up to perhaps a few thousand acres.6  These ‘lesser lords’ became the “vassals” and the count became their “lord” who offered protection and a degree of justice for tenure over the land. Both were supported by the physical work of the peasants. This reciprocation — protection for loyalty and a share of production — became the centerpiece of feudalism.

The “civilization” (defined at this point really as a diminished level of violence) of Europe was beginning to take shape until new groups again pillaged the Continent. Among these were the pagan Hungarians, Norsemen and Vikings who brutalized the Christian world. Many lords proved incapable of defending their fiefdoms and their “subjects” were killed or enslaved.

But again, Christianity eventually won out, not due to forced conversions as demanded by Charlemagne but by reason and faith. Christians demonstrated their moral clout by protesting the execution and mistreatment of military prisoners. They began to even challenge the use of slaves. The old pagan traditions of tribal gods disappeared. There was mostly uniformity of belief in one creator God.

By 1000, much of the second barbaric wave had been converted to Christianity and Europe really began to take shape culturally. As we shall see, this period was inaccurately called the Dark Ages.