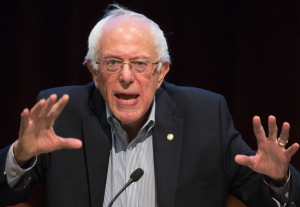 So for the person who is in the greatest need of employment, he or she would easily be the most expensive to the employer and hence, the least likely to acquire the job.

Sanders’ bill acknowledges this problem somewhat by prohibiting the employer from inquiring about the applicant’s welfare status. But it doesn’t take a rocket scientist to determine if the prospective employee hired, say, for the Christmas season by a retailer is a 25-year-old single mother — or a prosperous looking 50-year-old, recent empty-nester woman or even a 20-year-old college sophomore looking for supplemental income.

This bill is typical of “social justice” warriors who want to dictate to others how they must live their lives. They have to interject themselves into what should be a private and voluntary agreement: between one willing to offer their services for payment and the one willing to pay them for that offered service. The government has no place to involve itself in this voluntary agreement between the two.

[This person on welfare is already less attractive simply because many on government will limit their hours or income level because their benefits get cut dramatically at certain income levels making that one additional dollar earned actually negative compensation to them because a substantial benefit was eliminated. But this is another post for another day.]