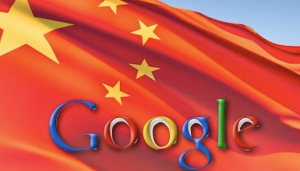 Like many radical environmentalists who target 99% of their protests and political activity toward the United States, companies like giant Google, are quick to direct their moral outrage at America but also apparently fast to bow to the totalitarian dictates of Communist China.

After about 4,000 Google employees wrote their management demanding the company stop all research and assistance to the U.S. Department of Defense in developing artificial intelligence to improve military drone accuracy, the company acceded to their wishes and announced in June that it would not renew its contract with the DOD.

But in China, Google capitulated to its government by tearing up its previous commitment to be the “champion of free expression” by agreeing to censor information provided by its search engine based solely on the demands of the Chinese government.

Eight years ago, Google stood steadfast in rejecting China’s censorship requirements by closing its search engine. It was widely praised by human rights groups and many freedom loving Chinese by doing so.

But today, the prospect of another 700 million (the number of active internet users in China) using its service proved too tempting to resist writes Helen Raleigh, a senior contributor to The Federalist. After a year working on this censored search engine version, code-named “Dragonfly,” it will now eliminate from view any searches/websites dealing with “‘human rights, democracy, religion and any other issues deemed sensitive by the Chinese government.'”

And although Google’s contract with the DOD was relatively minor, the goal of increasing the accuracy of military drone strikes was morally laudable. Its cooperation with the Pentagon was intended to use “‘machine learning and engineering talent to distinguish people and objects in drone videos.'” In a military environment, this was designed to save innocent lives.

Clearly Google is a private company that can make any decisions it deems is in the best interest of its shareholders. TheAmericanCitizen.org celebrates this corporate autonomy. But in its ideological zeal, it determined that any assistance to the U.S. DOD was morally deficient — but arming its company guards is apparently fine.

This decision might have short-term income benefits but such expediency to subordinate the cause of liberty will have repercussions for Google and other companies down the road. We’ll just have to wait and see if thousands of its employees write a similar letter protesting the company’s decision to deny millions of freedom-thirsting Chinese citizens access to uncensored information.