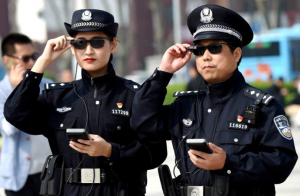 Unless we’re politically diligent, we could experience here in the U.S. what citizens of other major socialist nations around the world face in an increasingly surveilled daily environment.

The Communist government of China will shortly make full use of its extraordinary digital capabilities  to monitor the actions and behavior of its people. Cameras are everywhere and many police officers have so-called smart glasses that can provide instant facial recognition.

In 2020, China will introduce a national monitoring system that ranks all of its 1.4 billion citizens based on their “social credit” or how the government wants them to act. Each person will have to participate in this national point-system program that will reward or punish people based on actions the authoritarians in power determine are good or bad.