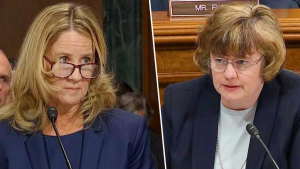 Here is what she has specifically detailed to justify her position that Dr. Ford’s allegation does not rise to the level where “a reasonable prosecutor would bring a case.”

1. “Dr. Ford has not offered a consistent account of when the alleged assault happened.”

Ford originally said that the alleged incident occurred in the “mid-1980s,” but this recollection was later amended to the “early 80s.” More recently it was narrowed down to the “summer of 1982” in the September 16 Washington Post article.

The Post article also stated that notes from a 2013 individual therapy session had her saying she was in her “late teens” at the time of the alleged assault.