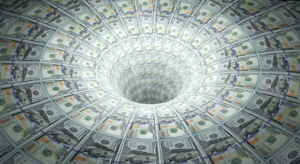 Read moreD.C. can’t fund border security but it can sure waste plenty of taxpayer dollars