Charlie Kirk and Turning Point USA have produced a short video in which Kirk explains in just about two minutes why we need a wall to effectively secure our southern border. 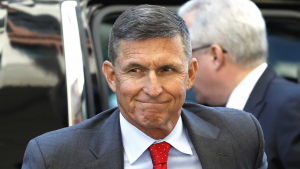 About a year ago, an American hero, Army Ranger and retired 3-star general, Michael Flynn, was forced to list his Alexandria, Virginia home for sale to help pay his legal fees to combat one of the most egregious political prosecutions in the nation’s history.

Former General Flynn is not a wealthy man having spent three decades in the Army. This prosecution has destroyed his ability to seek employment or acquire speaking engagements.

Tomorrow (Tuesday, Dec. 18, 2018), he is scheduled to be sentenced by District Judge (for the District of Columbia) Emmet Sullivan for pleading guilty to one count of lying to federal agents.

The former general’s plight is an American abomination. It is an appalling episode in our history which every justice-loving citizen should despise. 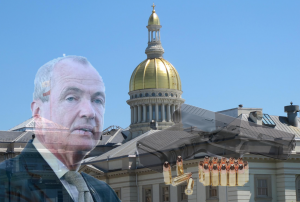 (UPDATE: The Bergen County prosecutor has issued a letter of warning to its police officers that this new law places them at risk to be charged with a felony if they carry a firearm, off duty, that contains more than 10 rounds. Insane.)

Next Tuesday, December 11, New Jersey could intentionally convert as many as one million of its citizens into felons.

Governor, Phil Murphy recently received an early Christmas present when a federal appeals court ruled 2-1 that his new (anti-) gun law banning virtually any magazine that can hold more than 10 rounds of ammunition is constitutional. 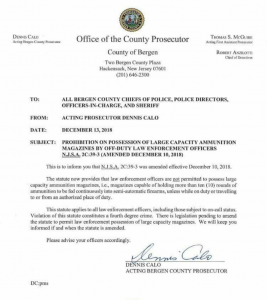 The court said that the law does not violate the Constitution’s Fifth Amendment’s “Takings Clause” because the high capacity magazines do not have to be turned in, just modified to prevent their containing more than 10 rounds.

The New Jersey Rifle and Pistol Clubs had sought an injunction to prevent the law from taking effect.

The law was signed on June 13, 2018 with the stipulation that owners of these so-called “high capacity” magazines had to turn them over or modify them within the 180 day “grace” period. This means that the one million or so gun owners in the state, most of whom may be owners of magazines containing more than 10 rounds will be considered criminals of the fourth degree, a felony that could result in a sentence of 18 months in a New Jersey state prison.

Oh how I miss my home state.