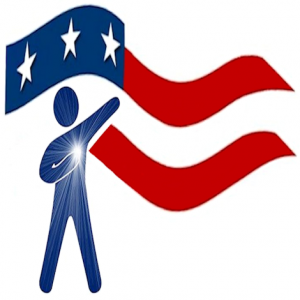 Public education in America (pre-K through grade 12) is an expensive, government-mandated monopoly. It is certainly not free particularly for those who pay the bill. Nor is it a “right” for anyone. It is a privilege. And the people who pay for these kids are not doing so out of benevolence toward kids they don’t know. They actually do want something for their money.

It is not a human right for any parent to demand that their neighbors pay the tab for his or her child’s education. In America, public education is essentially an unwritten pact between the parents of young children — most of whom would have difficulty paying for the education of their kids themselves —  and their generally older, property-owning neighbors who provide this significant financial subsidy.

To be sure, part of the reason these mostly older property owners foot most of the bill for this education is because previous generations of residents may have paid for them along with subsidizing their own children’s public education.

But more broadly and importantly, each older generation believed it was obligated to perform a profound civic duty — investing in its youth to create a new generation of American citizens, fully capable of living a productive life while sustaining the republic.

Of course we would like our youth taught dozens of subjects but K-12 education must be more of foundation-like. Early education that stops after high school or college will no longer be sufficient for an entire career with increasingly rapid workplace changes in the 21st century and beyond. New, unforeseen skills will be needed and many current ones discarded.

Our young people must have a solid knowledge in language, math, economics, geography and world history — the bedrock tools necessary to prepare for a lifetime of learning and good citizenship.

But perhaps most importantly, it is America’s extraordinary story, her historical uniqueness including her mistakes, that should be the center core of public education.

Some of us who are paying the tab are quite certain this is not the intended goal of the public school system. Some of us are sure we’re not getting the bang for our taxpaying buck. We are paying because we have a profound love of this nation, want it perpetuated and are trying to collectively produce a new generation of solid citizens.

However, we are failing in our efforts. Consider: A recent survey of 1,009 adults by the Freedom Forum Institute. Among its findings were:

In a poll of college graduates taken two years ago, 10% (13% for all adults) thought Judge Judy was a member of the United States Supreme Court.

Colleges have become so ideologically leftist, that even teaching America’s profound greatness is considered taboo. About three times as many college professors self-identify as “Marxists” as consider themselves conservative. Today’s college graduates are ignorant of American history at best, repulsed by their perception of our history at worst.

In a survey conducted by the Center for Survey Research knowledge of American history was atrocious. Barely half could name who the commander-in-chief of the U.S. military was nor even two countries who were enemies of the U.S. in WWII.

A majority don’t know what the Emancipation Proclamation was nor how long a congressional terms is. Some colleges don’t even require history majors to take ONE course on U.S. history.

The Intercollegiate Studies Institute has listed the attributes of an educational system focused on civic knowledge and citizenship. Its studies have concluded that civic knowledge makes a person more likely:

On a personal note, I am now an old baby boomer, a contemporary of the Vietnam-era generation. I never served in the military and have always felt some guilt about not doing so. I’m not a draft dodger because though eligible, I was never drafted. But I didn’t volunteer either like many of my friends did back then.  Yes, I’ve done my civic duty by spending many hours volunteering my expertise in my community but it never seemed enough to me.

So, in the remaining years that God sees fit to give me, I’ll spend my retirement dedicated to this mission: promote American ideals, shout about her historical uniqueness and warn against her attackers.

No nation in history has elevated God-given human rights or facilitated economic advancement like the United State of America. It’s high time this truth is trumpeted to a new generation of Americans to whom we must entrust the republic’s survival.