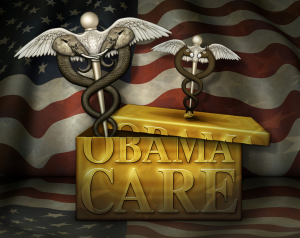 Never underestimate the power of the Deep State to affect American life.

The Department of Justice’s unethical and unlawful involvement in the 2008 senatorial election in Alaska, of all places, was arguably one of the most important factors in the passage of  the Patient Protection and Affordable Care Act (Obamacare) and its continuing impact.Here’s how the chain of events occurred:

During the final weeks of the 2008 campaign for Alaska’s senate seat, Sen. Ted Stevens was not in Alaska campaigning but in a federal courtroom in Washington, D.C.  defending himself  on a federal bribery charge.  The Department of Justice (DOJ) said he had committed felony (non-cash) bribery as he allegedly substantially underpaid for home renovations.

At the time Stevens didn’t know the DOJ’s prosecution team was hiding exculpatory evidence and had actually lied to prevent a key witness from testifying. He was ultimately convicted eight days before the election and lost.

But prior to sentencing his conviction was vacated after discovery of what was later called gross prosecutorial misconduct. But the election results stood and the Democrats had acquired another Senate seat. (Stevens was later fully exonerated after it was concluded he actually overpaid for the work).

When the 111th Congress was convened in January 2009,  Democrats then held a 58-41 majority (including the two independents who voted with them). This became a 60-40 filibuster-proof majority prior to the vote on the Obamacare due to Arlen Specter flipping parties and the final declaration that Al Franken had secured a narrow victory over Norm Coleman in Minnesota (by 312 votes).

And though two DOJ prosecutors, James Goeke and Joseph Bottini, were originally suspended for 45 days, this was overturned by an appeals board because the investigating DOJ attorney had originally decided that they had done nothing wrong.

So a key Senate seat was lost though no crime had been committed. And instead of a 59-41 minority that would have allowed the Republicans to stop Obamacare, the medical landscape in America may have been changed forever. The price paid by the DOJ prosecutors for such a major political success? Nothing. They got away scot free.

So now the Deep State, through our Department of Justice, had established a precedent whereby it could prosecute a non-crime that would have significant political impact with virtually no downside.