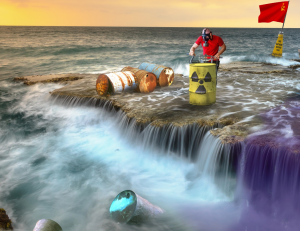 Those Americans who desire a socialist state need to more closely examine the environmental dangers that can accompany such a goal.

History’s greatest socialist experiment was the former Soviet Union. The USSR also happened to contain of the world’s largest reserves of natural resources so it makes sense to look at how this enormous bureaucratic state managed the extraction and distribution of this national wealth.

Many remember when the oil tanker Exxon Valdez ran aground in 1989 spilling 260,000 barrels of oil. To this day it is widely considered one of the most destructive environmental disasters of all time.  However, few know that this spill was dwarfed in magnitude by those which occurred with regularity in the former Soviet Union.

In 1992, a few years after the Soviet Union’s collapse, U.S. News and World Report examined the environmental legacy of the failed communist state. To its credit, the Boris Yeltsin administration in Russia came “clean” with reports on some of the staggering “eco-sins” committed by the old USSR.

As an example, we now know that fully 130 nuclear devices were used for “geophysical investigations, to create underground pressure in oil and gas fields or simply lo move earth for building dams,” according to the article.

Alexei Yablokov , science adviser to Yeltsin, said the Soviets lost a nuclear sub some years back with its reactor now at the bottom of the sea. It was ignored and never publicized. “Out of sight, out of mind,” he said disgustingly in the article.

And remember that Exxon Valdez spill of 260,000 barrels? According to Yablokov, the Soviets’ Siberian pipeline, built to absurdly low construction standards — with breaks every 30 miles instead of a more environmentally-conscious 3 miles — spilled about 10% of all the oil extracted in Siberia.

He said a staggering 920,000 barrels were spilled every day in the former Soviet Union. That means American environmentalists completely ignored the equivalent of an Exxon Valdez spill every seven hours of every day!

From the book “Ecocide in the U.S.S.R.” by Murray Feshbach, a Soviet expert at Georgetown University, and Alfred Friendly Jr. as quoted in the article: “No other great industrial civilization so systematically and so long poisoned its air, land, water and people. None so loudly proclaiming its efforts to improve public health and protect nature so degraded both.”

So much land and water was contaminated that we’ll likely not know the full extent of it until the end of the Putin regime, given his close attachment to the communist state.

According to the article: “Communism has left the 290 million people of the former Soviet Union to breathe poisoned air, eat poisoned food, drink poisoned water and, all too often, to bury their frail, poisoned children without knowing what killed them.

Perhaps the only thing “clear” about the USSR was its desperate attempt to prop up its dying state even if it meant killing its own people. So ideologically delusional were its leaders that they had no problem poisoning their own citizens if it bought them more time in power.

We should always be wary of a powerful bureaucracy. Our founders would have been terrified of today’s Deep State. The Soviet Union’s leaders likely didn’t set out to feed their people toxic stew. But as they grew more desperate, they chose to kill their own rather than objectively examine their ideology or give up their power. A powerful historical lesson.